Nasa’s Perseverance rover begins its search for life on Mars 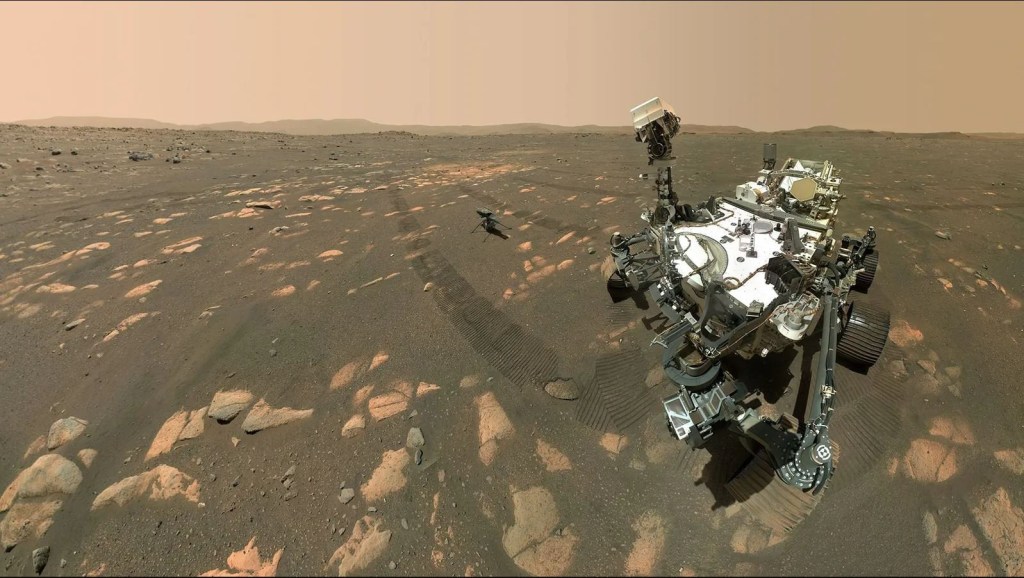 Nasa has begun looking for life on Mars, as its Perseverance rover started scanning the Martian surface for ancient life.

The $2.7 billion (£2bn) rover will use its 7ft mechanical arm to look at rocks from the surface of Mars with X-ray and ultraviolet cameras, allowing the Nasa team to zoom into microscopic segments of rock that could show signs of past microbial activity.

In past months, Nasa has been testing PIXL (Planetary Instrument for X-ray Lithochemistry), an X-ray instrument to analyse rocks.

But the tool was found to deliver ‘unexpectedly strong science results’, despite only being in a 90-sol (Martian day) testing phase.

‘We got our best-ever composition analysis of Martian dust before it even looked at rock,’ said PIXL investigator Abigail Allwood.

Perseverance’s search will cover the 28 mile-wide Jezero Crater, which Nasa scientists think was home to a lake billions of years ago.

‘If life was there in Jezero Crater, the evidence of that life could be there,’ said Allwood.

While there were no announcements about signs of life, there were signs of certain clay rocks that only form in the presence of water — further evidence for Jezero being an ancient lake.

‘This is exactly the kind of rock that we are most interested in investigating for looking for potential bio signatures,’ said Perseverance scientist Ken Farley at yesterday’s news conference.

One tool that Nasa used to help identify the rocks was SHERLOC (Scanning Habitable Environments with Raman & Luminescence for Organics & Chemicals), which uses an ultraviolet laser to help identify rock minerals.

Along with WATSON (Wide Angle Topographic Sensor for Operations and Engineering), a camera that can take extremely close-up images, scientists are able to obtain minute details like grain size, texture and the roundness of the rocks.

Details like these can help identify when the rock was formed and the conditions it might have been formed in.

‘That does tell us a lot about the early days of Mars, and potentially how Mars formed,’ said Luther Beegle of Nasa’s Jet Propulsion Laboratory.

‘If we have an idea of what the history of Mars is like, we’ll be able to understand the potential for finding evidence of life.’

The next phase of Perseverance’s Mars trip will be focused on scientific missions, after it moved away from the Octavia E. Butler touchdown zone where it landed on February 18.

These missions will focus on two areas of the Jezero crater floor: the ‘Crater Floor Fractured Rough’ and ‘Séítah’.

As well as looking for signs of ancient microscopic life, the rover will analyse Jezero’s geology and look for past signs of habitability, as well as collect samples for sending back to Earth.

Once Perseverance finishes looking at the Jezero floor, the rover will drive past its landing site to Jezero’s delta region, an area which could contain organic minerals showing fossilised signs of ancient life.